This report is now way over due, what can I say, I have been a busy bee. As always work gets in the way of fun with the family and fishing  but I can still find a way to balance life in a way to include some fishing and going out with my family. The grass in my back yard has waited quiet a while now but “Oh Well!” I don’t go on my back yard that often anyways. When I agreed to go on this trip I knew it was in July and I knew it would be hot, but didn’t know it was going to be scorching  hot! There was no wind and no current. I don’t think that Captain Shane needed to drop the anchor at all, but he did. Many think that because you go on a 6 pack you will catch your limits on every species but that is not the case. Most fish like current so they can ambush their pray and it’s been my experience that while fishing offshore and inshore they do not feed much when there is no current and so it was the case on this trip. This is the reason this report will be sweet and short 🙂

When we got to the dock the boat was not ready, they had to fill the coolers with ice and had to fuel it.

In the meantime we walked around the Stock Island Marina and found all the changes to be very pleasing to the eyes. 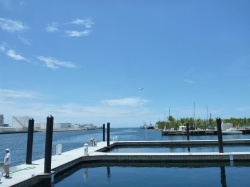 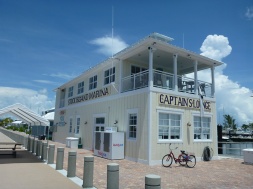 I was very pleased to see that the water clarity was so good that coral heads were growing under the docks and some hogfish were spotted.

Once the boat got back we loaded our gear in. 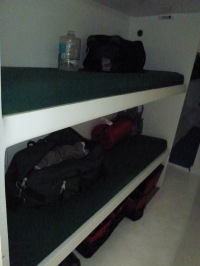 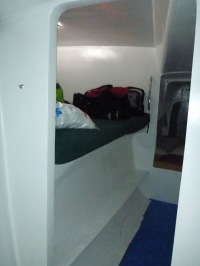 After loading up we left Captain Yuri at the dock since Shane and Yuri’s nephew were to Captain the boat on this day. 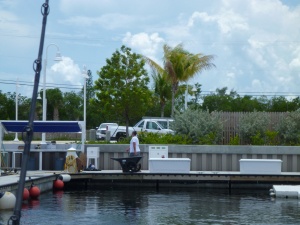 Soon after we were in the Dry Tortugas area where things were a bit slow. Scot even had to measure a red grouper which he was happy to know it made the measurement.

It was then that the pain in the ARS (Amerincan Red Snapper) showed up and so we had to move.

The first Dry Tortugas Sunset came and the fish cooler was sad looking.

Night time yielded a couple of fish and of course the known King Mackerel of the Dry Tortugas. 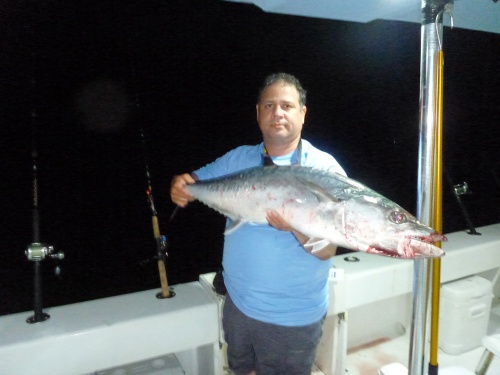 It was now morning time and as we saw a funnel cloud develope the muttons started to bite. Jimmy was eating his breakfast when his rod started going off and then finish the by landing the famous Dry Tortugas Mutton Snapper. 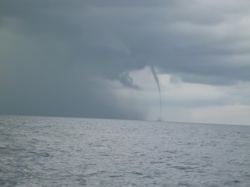 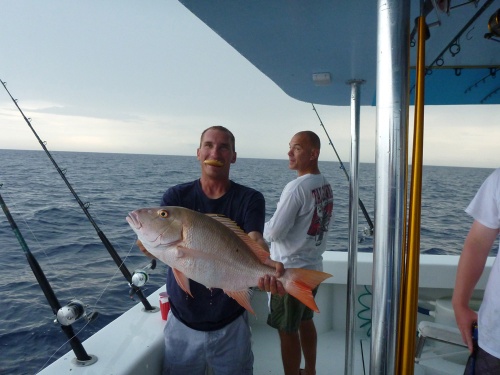 I also got my hands on one.

Scott did as well.

Ed found himself a mutton size Mangrove Snapper, as a nice school passed by at almost noon.

In the after noon we hit a batch of red groupers and scamps mixed with Yellow Eye Snappers. 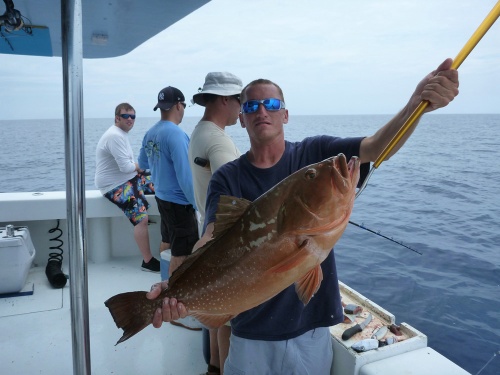 Sharks, ARS, sharks, and more ARS. The Sharks were a pain in the ARS! Here are two that got hit but only one survived the attack. 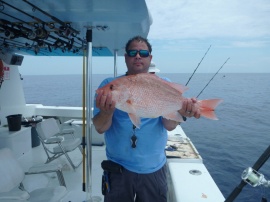 And then Ed found himself a nice size Mutton Snapper. 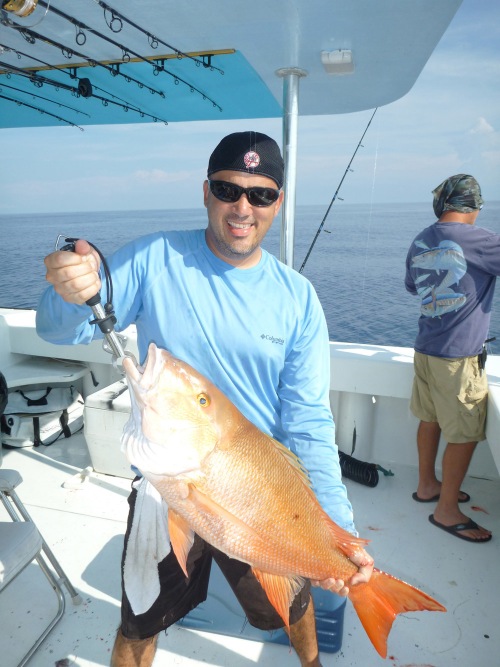 Another beautiful Dry Tortugas sunset fell upon us together with the humidity and heat, it was like being in a sauna for the entire trip. Most of us were exhausted as many sharks were caught specially by me and Scott.

This strange looking fish that resembled a Star Gazer fish was caught by Scott.

Below is what was to be the last shark of the trip an estimated 8 foot bullshark fought by Ozzy. 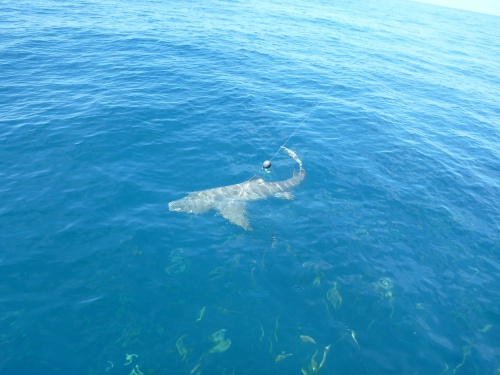 It was very slow pickings in the heat but we manage to fill our coolers. 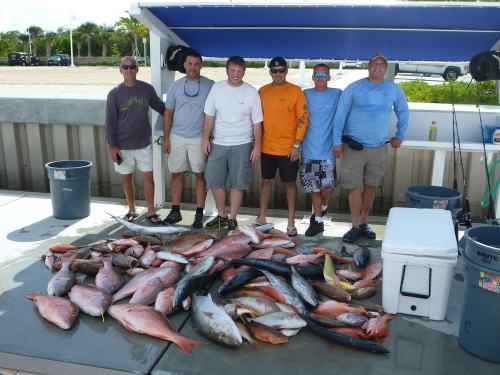 Hopeful next time I fish in July there will at least be a small breeze.