After a night of fishing at Anglins Pier in Lauderdale By The Seas, we headed to the beach for some snorkeling on the reef South of the pier. Fishing that night ended with a released mutton snappers, a puffer fish, 3 goggle eyes and a hookup to a sawfish that cut my line off, plus someone caught and released a nice size lemon shark. I fished at Anglins pier for many years and had not gone to explore the reef in the area. This time we made plans to snorkel the reef after a night of fishing. On the pier I asked my friend Tom what were the buoys that light up at night over the reef. He explained these were solar panels for a coral growth project (Bio Rock Project) and under it there is a wire mesh structure with coral growing on it. I wanted to see it my self so in the morning we headed to the beach and as we entered the water we were greeted by schools of sardines and then after a few short minutes we were on top of the reef. I was delighted to see the growth of coral and sea life. I had better luck on this snorkeling trip than I had in some of the Caribbean Islands these past few years.

It took me longer to unravel my float line than getting to the reef, as soon as we we were on top of the reef we saw a diver exploring the sea floor and my son passed right by his trail of bubbles. 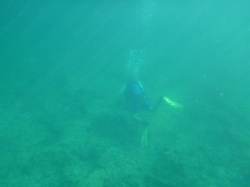 Below are pictures of the reef. We were in water deeper than 15 feet where camera filters are necessary to appreciate the true colors of the reef. I apologize ahead of time as I do not have these filters,  but I can assure you that in person the reef is very colorful and can be highly appreciated. 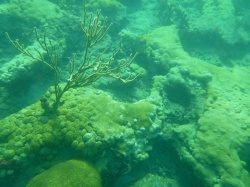 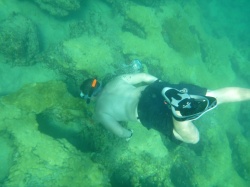 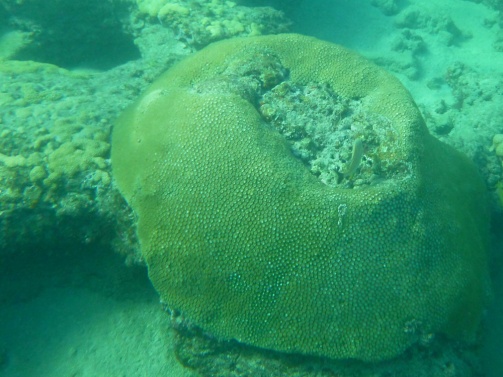 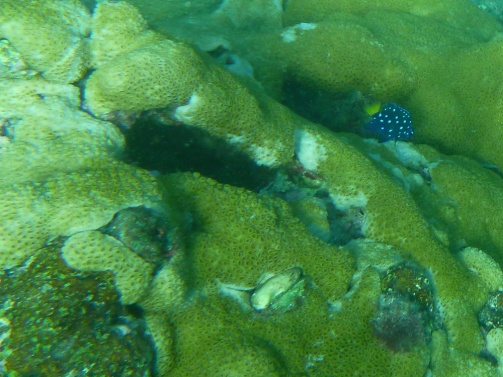 Here is a picture of the Bio Rock structure.

Close to the buoy, but not too close. 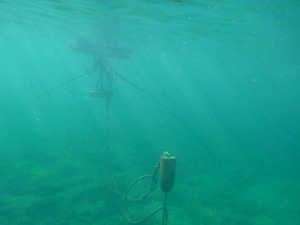 A picture of Anglins pier from the reef area. 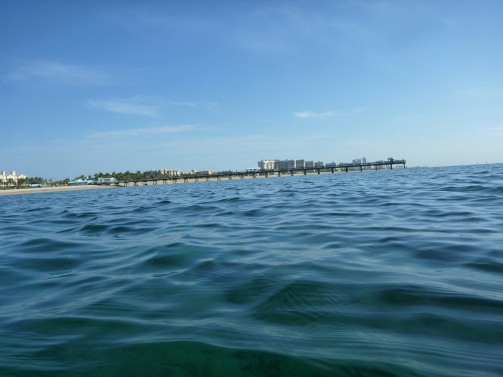 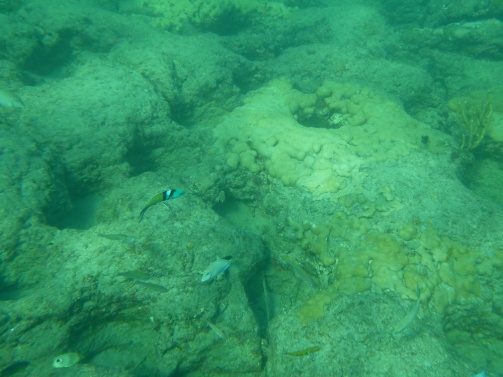 Here is my nephew’s son. He grabbed on to my float and used it as a flotation device to help him see the reef. 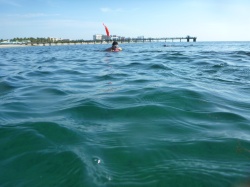 At the  edge of the reef on my way out this little fellow decided to model for the camera.

A tarpon waved good bye as we were on our way back to the beach.

I don’t know why but I just love taking pictures of the sand underwater. 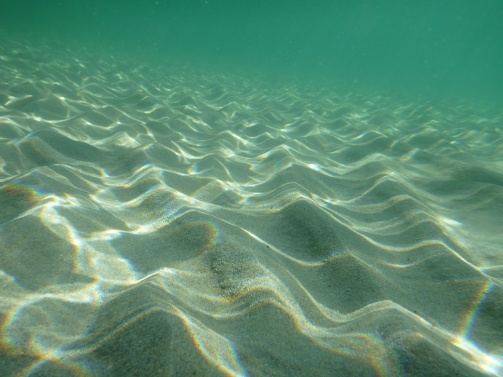 At the end of the day we sat down and ate breakfast at the Pier’s restaurant. 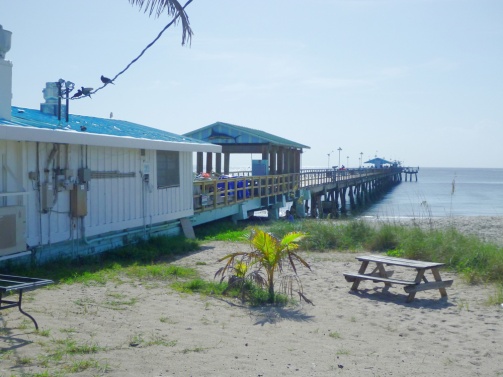 Here is one last picture of the relaxing day. In the background you can see the buoys marking the Bio Rock Project. 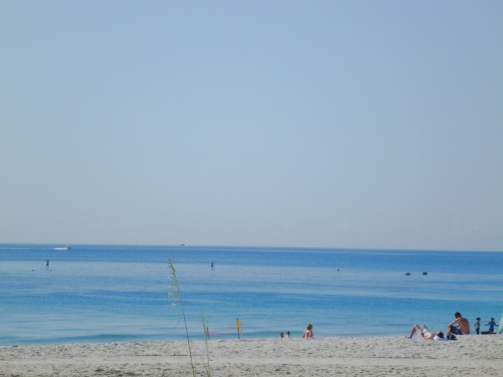 Fishing was not productive but the snorkeling was very rewarding. I left with a satisfied soul and will be glad to comeback and do it over again. If you decide to go snorkeling or diving on this reef, it is located at the end of Commercial Boulevard, when you see the pier just walk towards the South and you can start snorkeling after the buoy marker that signals you are too close to the pier. Remember there are people with fishing lines in the water so stay as far away as possible from the pier.

Here is a short video I took.

I did some searches on the Bio Rock Project and found some videos with information: